Coast to Coast AM: EM Effects and Current UFO Sightings

I thought I would take a look to see what sort of sightings are being reported around the country in the last couple of weeks. Keeping with the idea that sightings lasting less than a minute do not provide enough time for a realistic observation, I selected the following, though I have not been able to completely vet them at this time.

I have mentioned, in the past, cases that involve interaction with the environment. My book, Levelland, which will be available in a couple of weeks, is an in-depth look at those sorts of cases involving vehicle interference. These sorts of cases are rare with only about a thousand examples over the modern history of the UFO phenomenon. As an example of one of these older cases, is a report from Amarillo, Texas in early November, 1957.A young couple was driving toward Amarillo, from the south when they saw an object blocking the road. It was surrounded by a fog that obscured the view. The couple drove slowly toward the object, entering the fog. As they did, the engine died and the battery failed. At some point the UFO took off but the couple was left stranded until another car stopped to help. They had the battery recharged and then drove to the Amarillo Police Department where they asked, “Where do you report flying saucers?” 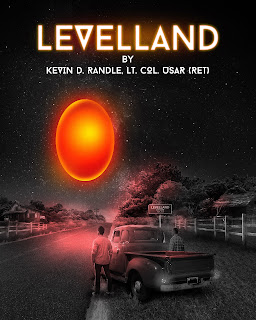 In keeping with the normal skepticism concerning UFOs, the desk sergeant didn’t get the names of the witnesses. He would later describe them, saying they were in their early twenties; the man about six feet tall, the women just over five feet tall. Both were wearing red coats. Highway Patrolman Gilbert Ray was sent to check the landing site but only found that a crowd had gathered, searching for the UFO but it was gone long before he got there.

Sixty-four years later, on November 8, 2021, a couple from Hubbard, Ohio, reported that they had seen a triangular-shaped object, just above the tree tops. The wife said it had a bright yellow light at the top of a door and two sets of three white lights along the side. According to her, their car began to act funny and the check engine light came on. It said reduced engine power and check traction control. Not exactly stalling the engine and killing the battery, but interference with the car’s operation. Given the electronics in today’s cars, I won’t be surprised to discover similar cases in the future.

The next day the husband provided a follow up. According to him, the triangular-shaped object was football field sized (when did a football field become a unit of measure and does that mean just the playing field, or everything that includes the sidelines and the other open areas) and was hovering about a hundred feet over the highway. He said that it was a black craft with many lights on it with a bright yellow light at the tip of the triangle. As they approached, it swiftly moved to the left and flew over some trees. He tried to take video, but said it was poor quality, showing only some lights. He said that he called the police who told him that others had reported strange objects in that area recently.

Keeping with the triangular-shaped objects, I saw a report from Clemson, South Carolina, on November 9. The witnesses were driving along a two-lane road at about 8:00 p.m. when they saw three lights, two were amber and one green, in the shape of a triangle. They were not blinking. She said that they could only see the lights and not the actual object. It was about 200 feet in the sky, turned quickly and then dipped below the trees. It made no noise and she believed it was too big and too quiet to be a drone.

On November 6, the witness in Bayville, New Jersey, reported a triangular formation of orange lights traveling at the same speed. He wasn’t sure if it was a singular craft or three separate craft in a tight formation. There was a leading light with the other two trailing far behind. The lights were pulsating. He heard no noise and said the lights were in sight for a minute or minute and a half.

Finally, also on November 6, the witness was putting out the trash and saw a V-shaped formation of very dim lights. Although the witness, at first believed it might be birds, the lights didn’t break formation and were moving incredibly fast. The witness called a nearby relative who went outside with her daughter and both saw the lights as well. The formation was out of sight for a short period and when it reappeared, it was heading to the south. The witness said it was dimly lit in an almost amber color. The witness said that the craft was blocking the starlight in between the lights on the craft suggesting a large size.

These are just a few of the most recent sightings selected because they were of triangular-shaped craft or triangular-shaped formations of lights. It does strike me that these types of craft seem to fill the skies and wonder what sort of phenomenon is being seen. I find it difficult to believe there are so many alien craft flying so close to the ground.

I have no explanation for these sightings and find them interesting. Some will probably be explained in terrestrial terms as we delve deeper into the data, but a few, very few will probably remain unexplained. I would certainly like to see some good pictures and video of these craft.