Well, here is something that is interesting. It seems that an off-hand comment I made about the lack of skepticism in some avenues of UFO research has blown up into a debate on what I said about the Roswell case. It began with Robert Sheaffer making a few comments on his blog, Bad UFOs, which was based on the very nice review that Jerome Clark had published in Fortean Times about my book Roswell in the 21st Century. From that interview, Robert extrapolated a point of view that might not be exactly what I had do say… though the headline in the Fortean Times suggests a recanting of the Roswell case. 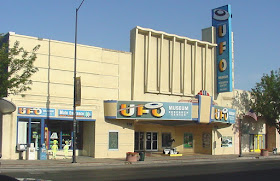 On the positive side, for me, it seems to have sparked a debate online and drove a few people to Amazon and other ebook sites which helped sales. I certainly don’t want to do anything to stop the traffic because it is good for me.


But the question being asked about me, but never actually put to me, is if I have abandoned the alien model for the Roswell crash. The short, flip answer is, “Read the book.”


The more lengthy answer is, “Well, sort of.”


The book was meant to be a “cold case” look at the Roswell crash, starting at the beginning and shifting through the mountains of evidence that has been gathered by a number of researchers… all of whom seemed to have a biased opinion from “Yes, it was alien” to “No, it was a Mogul balloon.”


To quote Jerry Clark, “So what did happen? Here Randle, in conceding a truth so many avoid speaking, will infuriate believers on both sides. There is ‘no real answer,’ he says.”


And there you have it… I go through the whole story, document it as best I can, and in the end, I have to say that the case is built on testimony gathered decades after the fact and that everything we know about memory is that it really is no good when it comes to something like this.


I was going to point out some of the interesting things that I learned by going through all this material, but whatever I say will not be heard by one side or the other because they will be too busy formulating their counter arguments to listen. I did find mistakes such as the Lee Reeves tale of accompanying Dan Dwyer to the crash site that is contradicted by so much testimony and documentation that it shouldn’t even be discussed… and if we want to challenge testimony, Charles Moore provides many examples in his ever shifting tale about Mogul.


To understand my conclusions, however, it is necessary to read the evidence as has been gathered and the mistakes that have been made. This is a mystery that seems to have no solid conclusion except the skeptics will say that it can’t be alien because interstellar flight is impossible to believers who say there are so many witnesses that something alien must have happened.


And to give away just one thing that I learned in the reexamination of all the material was that the Air Force was not originally investigating the case in the 1990s… they were searching for documentation about the crash from all the various agencies that might have had some involvement in the original story.


As I say, it is interesting that much of this has blown up around me without anyone actually asking me anything. I have seen some of the Internet discussion but certainly not all of it. Before it goes much further, I would merely say, “Why not read the book and then we can talk about what it all means.”
KRandle at 9:41 AM