As I have said in the past, the really great UFO cases have multiple chains of evidence. Those cases would have the following attributes.

Levelland for example had two of the elements, maybe three. These were:

A much later report, known as MUFON Case #74282 took place in August 2013 and has three or four of those chains of evidence. Here I need to give credit to Philip

Leech for first interviewing the witnesses and to Robert Powell of the Scientific Coalition for UAP Studies for telling me about the sighting.

According to the information, three Americans hunting in Canada had an encounter with a huge craft that they described as dumbbell shaped. The hunter, described as Witness #1 (though the names of all three of them are known to Leech and Powell), had made a video of his experiences hunting which is important because this demonstrated that the camera was working properly prior to the encounter. Witness #1, with two others, had left the hunting area by truck. It was completely dark when they left, and as they came around a bend, Witness #1 saw some lights approaching. These lights were so bright they were difficult to look at. Witness #1 said that he tried to photograph the object behind the lights with his Sony Cybershot but couldn’t get it to “power up for more than 1 or 2 second.” It would then shut down.

Witness #1 then used the 3x9-50 Nikon scope but had to dial back the magnification to get the best view of the object. He had enough time to examine the craft carefully, looking for anything that would identify it as terrestrial, but it was like nothing he had ever seen before.

Witness #1 gave the scope to Witness #2 and Witness #1 got out his Sony HD camera, which stayed on when he tried to use it, but the screen was totally black. He then attempted to use his cell phone but said it felt hot and the battery was dead. At this point the craft was about a quarter mile away and they all could easily see it now.

They did see another, similar craft that was much farther away, and then one of the men, Witness #3, said that there was a third craft, but it was at an incredible altitude that he estimated was over 100,000 feet, and moving at a very high speed. The sighting lasted for several minutes and as I mentioned, it was viewed through a telescopic sight, and there were attempts to record the event using multiple devices, all of which failed. Once those devices were removed from the situation, meaning that the UFOs were now gone, they began to function properly.

The electrical field from the craft, the EM Effect, was strong enough to scramble the operation of cell phones and cameras, radios but did not affect the truck engine or lights which, in and of itself is interesting.

The chains of evidence here are the witness testimonies but we must remember they were altogether rather than making independent observations. There were the attempts at taking pictures and while the photographs didn’t turn out, there was data that had been captured during the attempts. And there was the interaction with the environment, meaning the failure of the cameras and cell phones.

You can read more about the sighting here in the MUFON Journal for March and April 2016. It is much more detailed than I have been here.

For those interested, you can listen to my interview with Robert Powell describing some of the case here (at 53:16 of the interview):

Back in 1957, there was another case that had some the same elements. About two and a half hours before the sightings began in and around Levelland on November 2, a young couple was heading toward Amarillo, Texas, from the south, when they saw an object blocking the road. It was surrounded by a fog that obscured their view. The couple drove slowing toward the object, entering the fog. As they did, the engine died and the battery failed. At some point the UFO left but the couple was left stranded until another car stopped to help. Their battery was dead and they couldn’t restart their car. They later had the battery recharged in Amarillo and then drove to the Amarillo Police Department where they asked, “Where do you report flying saucers?”

In keeping with the normal skepticism concerning UFOs, the desk sergeant didn’t get the names of the witnesses. He would later describe them, saying they were in their early twenties; the man about six feet tall, the women just over five feet tall. Both were wearing red coats. 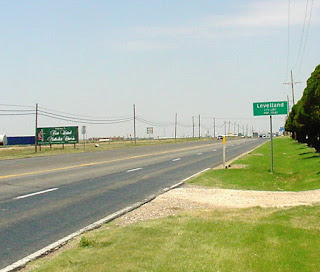 Highway Patrolman Gilbert Ray was sent to check the landing site but only found that a crowd had gathered, searching for the UFO. As mentioned, the incident took place before the series began in Levelland.

There is little more to this sighting because the witnesses were never found after the initial reports and while their experience fit into the general nature of those around Levelland, the Levelland sightings were much more dramatic.

But the point here is that they approached the UFO, there were EM Effects, and whatever electrical field surrounded the object, it killed the battery. The men in Canada had similar problems during the close approach of the UFO.

Failing cameras enshrine an awful lot of majestic crap and bigfoots, don't they?

You have to wonder, with all the cameras out there, with amazing capabilities, why we don't get better pictures. Some of those from long ago are of better quality than the digital cameras in play today.