Some time ago I interviewed Robert Sheaffer about UFOs and I brought up the Levelland landing and EM effects case. Robert said that four of the witnesses had been discredited. I asked for the source and he provided it. You can read about all that here:

and you can listen to the interview with Robert here:

As you can see there is some question about the original source of the material. It seems, based on what I have found, that all four of the mentioned witnesses were 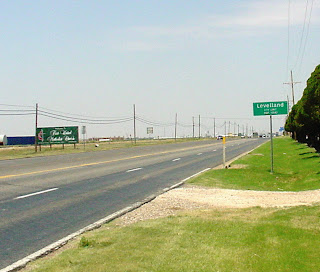 not discredited. However, there is a problem with one of them. Here’s what I know about Frank Williams, or more accurately, what Williams was reported to have said or done:

At about 12:05 a.m. or maybe a few minutes later, Frank B. Williams, of Kermit, Texas, reported that he had seen a large, egg-shaped object sitting on the ground. Williams said that his engine quit and his lights faded immediately. The object was pulsating as it glowed and it seemed that the lights might have been synced to the pulsation of the craft. He said that every time the object came on, his car lights would go off.
Williams got out of his car and the object rose to about 200 or 300 feet with a roar like that of thunder. It stopped glowing and disappeared. When the object was gone the headlights came on and Williams was able to start his car.
Although it was reported that Williams had actually gone to the police station to make his report of his sighting, other sources suggested he had telephoned the police instead. Don Berliner, writing in Official UFO nearly twenty years later seemed to confirm that Williams had only called the sheriff rather than visiting him.
Williams, it seems, then fell off the face of the planet. According to newspaper sources, Sheriff Weir Clem, the Hockley County sheriff, which included Levelland, wanted to interview Williams the next day, November 3. Clem asked his counterpart, Winkler County Sheriff L. B. Eddins, which includes Kermit, to search for Williams. “Eddins said he ‘turned Kermit upside down’ today, even to having an appeal broadcast on the Kermit radio station but he was unable to find Williams or any trace of the man having lived in Kermit.”
What can we deduce from this?

First, it could be suggested that Williams lied about who he was because he didn’t want people to think he was crazy, but felt the need to report what he had experienced.

Second, it could be that he lied about where he was located for the same reason given above.

Third, he might have lied about both his name and his location for the same reason given above.

Finally, he could have made the whole thing up for reasons of his own.
Given the timing, that is, Williams had called the Sheriff just after midnight, there is no way that he could have heard about the other sightings. They hadn’t made the news at that point. Unless there had been some discussion over the police radios and Williams was able to monitor those radios, then his report is independent of the others.

However, that is just not a good argument for Williams. The sheriff, either Clem or Eddins, couldn’t find the man, and they had resources that should have allowed them to do it. Although it seems that Clem did speak with Williams, by the time they were ready to gather additional information, Williams was gone. We have nothing more on which to judge his tale or his credibility.

That, of course, does not negate the other three witnesses that were named with Williams, nor those who interviewed by the Air Force, law enforcement officers or by various newspapers. Those other three specifically, Long, Wheeler and Alvarez, hadn’t disappeared as had Williams.

What might have happened is that the information about Williams, which was published and which suggested he might not have existed or had been involved in some sort of a prank, suggested that others might not have been real as well. Long, for example, was from Waco, Texas, several hundred miles from Levelland, though he was attending college in Lubbock. Given that he didn’t tell his story until the next day, suggested the possibility of contamination. The Sheriff accepted Long’s report as real.

Anyway, we can, if we wish, eliminate Williams from the mix or assign a lower importance to it, but that in no way negates all the other stories that have been told about the Levelland case. Yes, this has taken us deep into the weeds, but in the effort to be fair, I thought I would point out that Williams is sort of a non-witness. It means that Robert was not completely off base, only that he extended his net a little farther than the data warranted… And I have discovered a little more about this aspect of the whole Levelland event.

"Robert said that four of the witnesses had been discredited." - This is somewhat of an admission by Schaeffer, it certainly implies if the witness were credible, that the case is evidence of something extraordinary.
Why go after the witnesses testimony if he had some other explanation for the case?