I have spent a great deal of time in the last few weeks looking over the Exopolitics sites that Dr. Michael Salla has created. I have followed many of the links that Dr. Salla listed. I expected very little in the way of evidence to be associated with this information given the nature of the discussions I have read. I wasn’t disappointed. There is little of substance there.
There is a great deal that is derived from the so-called whistleblowers testimony, taken by Dr. Salla as the truth, the whole truth and nothing by the truth. However, if it turns out that some of these whistleblowers have been less than honest, then much of his theoretical framework will collapse. This means simply, that if the whistleblowers are not telling the truth, or are embellishing their role in the recovery and investigation of UFOs, a structure that uses that information as its basis is fatally flawed.
Dr. Salla puts a great deal of faith in the testimonies of people such as Cliff Stone, a retired Army Sergeant First Class; Robert Dean, a former Command Sergeant Major; Philip Corso; who retired as a lieutenant colonel and who died several years ago, and Bob Lazar who claimed to have worked at the super-secret Area 51. There is good evidence that each of these people has embellished his role in relation to UFO evidence, and in some cases they told outright lies.
Sergeant First Class (SFC) Clifford Stone
Take as a quick example, the tales told by Cliff Stone. He says he was not trained as a clerk-typist when he joined the service but his Army records show only training as a clerk. His record shows that his only assignments were as a clerk or an admin specialist or in other roles in that arena. His record shows that he served in Vietnam, though it is not clear how long he was actually in-country. 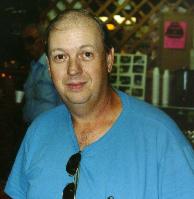 Exactly so - but this is nothing new. Some ufologists continue to tout any number of alleged "whistleblowers" as legit when it had been demonstrated that they are not (or, at best, are unreliable). Wilbert Smith pops to mind immediately, although there are many others (Gerald Anderson, come on down; Glenn Dennis, pleased to meet you... etc, etc). Worse, if you actually try to examine the veracity of their claims, which must include an examination of their personal record, and even character (goes to credibility), then you get accused of character assassination.

Mr. Randle, I would love to see your comments some day on Linda Moulton Howe. A recent interview with her in Phenomena was packed with interesting stuff.

I suppose I should have given you an address to read her interview:

In my opinion the majority of NATO countries and NATO itself would not be entrusted with such a document. Only our UK ally received back channel communications.