One of the strange things about writing a book is that sometimes the comments or criticisms come in a short period of time.
What do I mean?
My book, Crash: When UFOs Fall from the Sky was published in May and in the last week or ten days I have heard from several people who wished I had included the Cash-Landrum case in the book. That is an interesting case and I believe John Schuessler did a very comprehensive study of it which has been published.
The problem for me is that I don’t view the case as a crash/retrieval. I see it as something that might have been an emergency close approach, or just a close approach without the emergency, or some kind of terrestrially-based test, but not a crash of an extraterrestrial vehicle. For that reason, I left it out.
What I know about the case is what everyone else knows and is based on the research of those who studied it in person. I have never spoken to any of those who were originally involved, though I do know John Schuessler. He is one of those who has devoted a great deal of time to the study of UFOs and this case took place almost in his backyard.
It was December 29, 1980, when Betty Cash, Vickie Landrum and Landrum’s seven-year-old grandson, Colby saw the strange object as they returned from dinner. Thinking that it was an airplane heading to a nearby airport, they thought nothing of it. But as they rounded a curve on the rural road, they saw the light approaching them at treetop level.
Fearing that they would be burned alive, Landrum screamed for Cash to stop. The road was narrow and Cash was unable to turn to car so that they could escape. But there was no other traffic, so Cash got out, walking to the front of the vehicle. Landrum also got out but her grandson so upset she got back in.
They could feel heat from the diamond-shaped object that was about 100 feet away. The car became too hot to touch and Landrum put her hand on the dashboard and left an imprint. Cash needed to use part of her leather jacket to protect her hand so that she could open the door.
There was a final blast of heat and the object ascended slowly. As it cleared the treetops, helicopters appeared from all directions. The object and the helicopters then disappeared from sight.
When her eyes adjusted to the darkness, Cash started the car and they began to head home. As they rounded another curve on that same road, they saw the object again, and Cash counted 23 helicopters near it. Landrum thought there were 25 or 26 of them. Cash was able to pull off the road. When the object and the helicopters were again out of sight, Cash then drove home.
Later that evening Cash became sick, the symptoms like that of radiation poisoning, at least according to some. She was hospitalized twice for treatment. The Landrums were also sick, but not to the same degree as Cash, which might be as simple as Cash being outside the car longer and her exposure greater.
The case was, of course, investigated. Cash eventually sued the government for 20 million dollars alleging that her illnesses were caused by the close approach of the craft. She was eventually treated for various cancers 25 times and had undergone two operations. The helicopters were obviously US government and they should have been protecting her. The case was dismissed in 1986. Cash died some twenty yeas later.
The suit was dismissed, according to the ruling, because there was no evidence that the diamond-shaped craft was any type of government test vehicle and they were hard pressed to find witnesses to the formation of helicopters. A few witnesses were found who said they had seen the fleet, but no physical evidence or documentation was ever located.
I will point out here, based on my experience as a helicopter pilot, that I find it difficult to believe they could hide an air operation of this magnitude. The helicopters would have had a crew of three and maybe four meaning almost 100 men (and given the date of this, I wouldn’t expect any women in the flight crews), not to mention the logistical support necessary. You’d have to supply a refueling point, as well as other considerations but no trace of any of that was ever found or documented. Something like that, on that scale, would be impossible to hide.
Nearly everyone, skeptics and believers alike, suggest that the illnesses sounded like radiation sickness. One of those who doesn’t is Brad Sparks. He presented a number of reasons including the rapid onset of the symptoms and the lingering nature of them as reason to suspect another cause. Philip Klass was interested in the health of the three victims prior to the encounter.
The bottom line for me, and my book on UFO crashes, is that there is no hint of a crash here. A close encounter of the second kind, meaning a close approach of a UFO, but not a crash. For that reason, I didn’t even consider this case for my book.
Posted by KRandle at 10:54 AM 14 comments:

There are many levels to UFO research and there are many different people adding to the confusion because of their own agendas. Sometimes those agendas are relatively benign, and sometimes they are almost evil.
All this is a way of saying that not all that long ago I was talking to Bill Birnes of UFO magazine and The Day After Roswell. He asked me where I had gotten a copy of the proposal for the book. I told him that I was not comfortable revealing the source and although he made a guess or two, I refused to provide any additional information.
Birnes took that well and then said that Philip J. Corso, his co-author on the book had never claimed to have been on the MJ-12 committee. That reference had been added by a movie company that had been interested in doing some sort of feature film based on the book. Neither Corso nor Birnes had endorsed that statement.
If you read the book, you’ll find no claim that Corso was a member of MJ-12, either as a primary, alternate or assistant. Corso’s story has nothing to do with MJ-12 or any such committee other than in passing.
My point here is not to suggest that the book is factual, fiction, or a combination of the two. It is only to point out that the reference to MJ-12 and Corso’s participation in it was made by others who didn’t understand these sorts of things. It was made by those whose agenda was to make a film and make money and not to necessarily advance the state of UFO research.
Being on MJ-12 was not a claim made by Corso according to what Bill told me.
What this really means is that I can’t, and you can’t, reject Corso’s story because he said he was a member of MJ-12. You can reject for other reasons if you must, but this is not one of them.
Posted by KRandle at 1:45 PM 24 comments:

A bit of a preface about all this. Several years ago I decided that I would like to be invited to speak at more UFO conventions. I knew the problem was that I held some views that were not universally ac 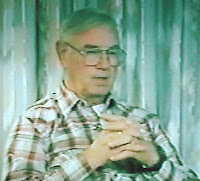 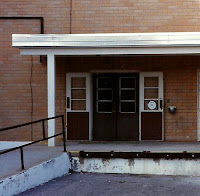 se this to hammer him if they had known it.
There were other minor alterations in his story but these seemed to be more of the problems with memory than an attempt to deceive. For example, he took us to what had once been the base hospital and laid out the scene for us. He pointed to where the ambulances had been parked, what door he had entered, and what loading area had been used by the military for the bodies (as seen in this picture). The problem here was that the hospital as it stood then, in 1990s was not the hospital in 1947. In 1947, the hospital was comprised of a number of separate buildings, each with it’s own function (as seen below). When I was there in 1990s, a single building had replaced all those others.
It would seem to me that Dennis, if he was telling us the truth, would have known that. It would seem

How I Learned about the Roswell Mortician 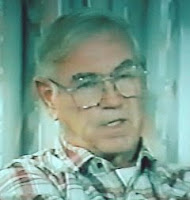 iend of the mortician. I’m not sure if it was Robert Shirkey, a Roswell resident who had been a member of the 509th Bomb Group in 1947 or someone else. The point is that someone in Roswell gave Stan the name and he went in search of him.
I, on the other hand, had been told of a mortician and was given a name. The name I had belonged to a man who lived in Albuquerque and who worked at the main library there. I found the guy and talked to him but he had never lived in Roswell and had never been a mortician.
On that same trip to New Mexico, Don Schmitt and I visited with Walter Haut. We were sitting in the living room of his house and I was asking questions, trying to get a name for the mortician.
Walter said, "I know the name you’re fishing for. It’s Glenn Dennis."
So I learned of Dennis from Walter Haut.
Not long after that, while in Roswell to tape the documentary, UFO Secret: The Roswell Crash, Mark Wolf, with the help of Walter Haut encouraged Dennis to accompany them on a trip out to the Debris Field near Corona. On that trip, Wolf learned more of the Dennis tale and encouraged Dennis to tell it on tape.
The first of the interviews was done by Wolf late one evening. After we had him on tape, Dennis thought that he would like another interview done with him dressed in a suit and the ever present New Mexico string tie. I conducted that interview, following the lead that Wolf had established.
That should answer the question about how I learned of Glenn Dennis. I asked Walter Haut and he told me.
Posted by KRandle at 3:00 PM 9 comments: