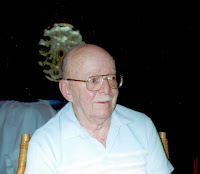 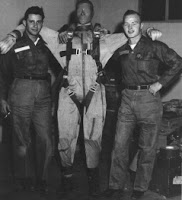 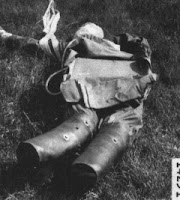 ing that of humans but were not. The eyes were too large, the nose too small, and the placement of the ears all wrong.
Now, as I said, I don’t care if you believe that Roswell was extraterrestrial or that there is some more mundane answer, but I will say that Mogul and anthropomorphic dummies (seen in the field at the left) is no longer a viable explanation. It ignores too many of the facts, introduces explanations that have no basis in reality, and suggests a grasping at any straw to answer the questions. These explanations fail to take into account too much information that can be corroborated and documented.
For those interested in more information, I have a number of books that can provide that information including the coming Roswell Revisited.
Posted by KRandle at 9:56 AM

Fascinating overview of the facts. It is very obvious that the US government is lying about something, although exactly what that lie is changes every few years when it becomes impossible to defend the current lie.

I still dont get how dummies, made to look like full grown men (6ft tall, etc.) could be mistaken for 3-4 ft tall beings made of flesh. If not anything else, that is the one stupid flaw in this whole story.

What ever it was, the Government/military actions following the find have forever tainted the well as it were.
Nothing they might say will convince all the interested parties one way or another.
I cannot see an organised government conspiracy lasting this long successfuly. If they cannot protect something as simple as a sexual fling, or as important as a spy's identity, how can this last?
I CAN, however, see a private contractor holding something in secret for decades. Sandia labs for example could easily keep a decades long secret.