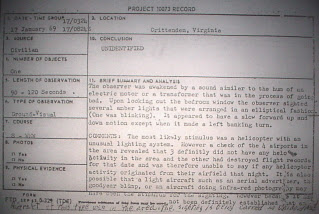 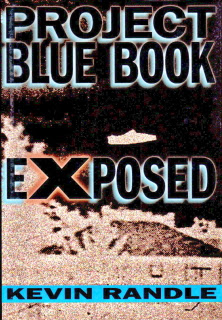 ck copies of the book, Project Blue Book - Exposed, that originally sold for $22.95. For those interested in a copy, I would send it to you for just $10.00 plus shipping and handling of $5.00 (yeah, you have to pay the postage and for the envelop, but hey, you get the book for less than half price and if you tell me how you’d like it inscribed, why, I’d even sign it). For those interested, send a check or money order to:
Kevin Randle
PO Box 10934
Cedar Rapids, IA 52410-0934
Thanks.
Posted by KRandle at 3:23 PM

I take the liberty to take contact with you to know if you would agree to answer some of my questions concerning your studies on the UFO as well as your actuality.

This interview would be available on my new blog: http://leschroniquesdejc.blogspot.com/ that will speak topics of UFO among others and of paranormal.

To personal title, I am 36 years old and take care of the UFO phenomenon since close to 20 years. I don't belong to any group.

In the waiting of your answer

In the fall of 1973 or 74, my father and I saw a similar craft. My father was an engineer at Langley. I'd be interested in communicating to you details about the craft, it's path (we followed it in our car), and the reaction of the Naval airbase nearby.