I had the chance to talk with my friend, John Greenewald, about his book, Inside the Black Vault: The Government’s UFO Secrets Revealed. We did discuss more than just that and you can listen to the program here:

John suggested that there is a cover up of UFO information and offered the evidence of it as it appears in many government documents. I had outlined a similar attitude based on a review of the administrative files that had been released as part of Project Blue Book. John suggested, as I have, that those who were creating the files, writing the reports, and doing the research believed that none of this would see the light of day. They had not anticipated the Freedom of Information Act which allows us all to see much of what was going on behind the curtains. The true attitudes and the real methodology used by those involved in UFO research can be seen. John pointed to a document from a Florida case from July 1969 where the Air Force officer in charge of the investigation had little respect for the witnesses, calling them names, and overlooking the fact that the witnesses were on active duty with the Air Force. It suggests an attitude of disbelief and outright hostility by the officer would was supposed to be gathering information. He wasn’t supposed to inject his own bias into that investigation.

We also talked about MJ-12, and I mentioned a document with a known provenance from 1952 that was code named “Majestic.” The problem is that it had nothing to do with UFOs. You can read about that here:

At that time, I was unable to update documents and illustrations to my blog. I don’t know what the problem was, but it was eventually resolved. Following are the four pages from that document. 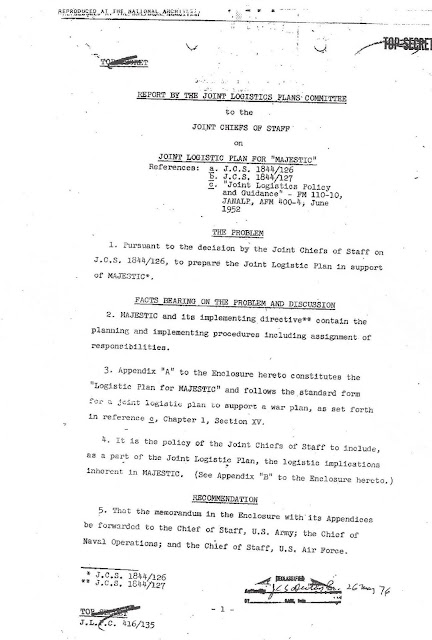 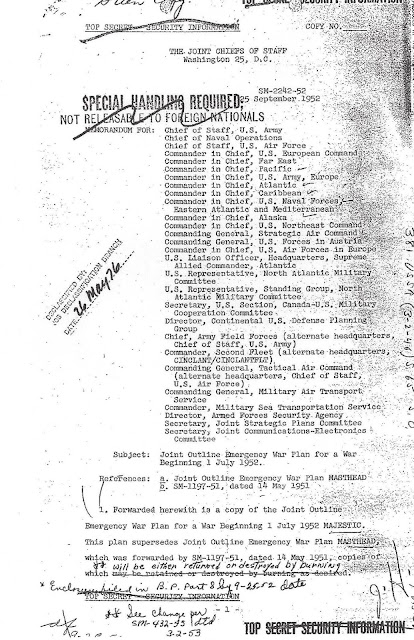 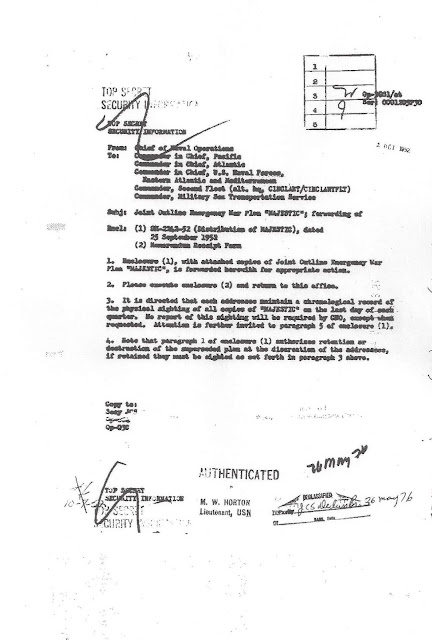 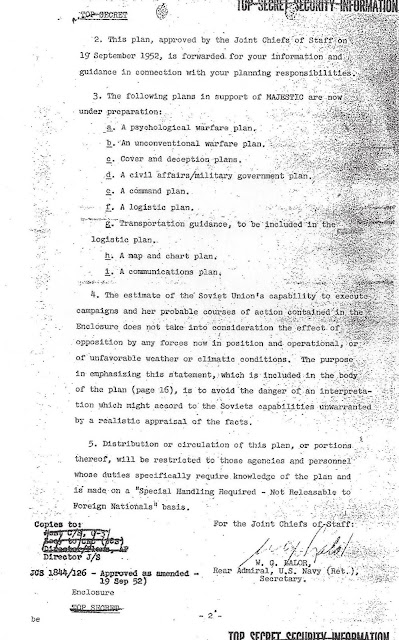 Next time on A Different Perspective, I will be interviewing Larry Holcombe about his book, The Presidents and UFOs" A Secret History from FDR to Obama. If you have questions for Larry, post it as a comment. These are moderated so the questions won’t appear in the comment section. I’ll get to them during the interview.

Greenewald's book is very good.The majority of reviews on Amazon are also very good.I agree with John's assessment of Blue Book.It was intended to be an investigation, but simply devolved into a series of explanation, with minimal investigation.....because of staffing issues and other behind the scenes agendas.

Bravo John Greenewald and thanks to Kevin for the interview. Appropriately, at near the end of the interview (52.50 mins), Greenewald summarizes his belief that "The government just does not know how to deal with it, they can't contact it, they can't communicate with it. It will go and come as it pleases wherever it wants." If that is the most likely scenario serious questions arise. After all, the principle role of the military is to protect it's citizens. That obliged them to conduct a threat assessment, which they did. They found a possible threat from mass hysteria if UFO's were believed to be alien visitors, possibly as a ruse perpetuated by the cold war Russians. But, no threat from UFOs, real or not. If Greenewald's most likely scenario is correct, the most a threat assessment could ascertain is that they do not appear to be a threat. The whole idea challenges the government's and the military's ability to protect us, their principle roll and identity is at risk. Rereading Gerald Haines (NRO historian) "CIA's Role in the Study of UFOs, 1947 to 1990" on cia.gov from that perspective is enlightening.

Anyone else notice that the real MAJESTIC document discusses plans for Psychological Warfare and Deception? I wonder if that was a bit of "wink wink" from the creators of the MJ-12 hoax.