Lonnie Zamora, the policeman who reported the Socorro landed UFO, died on Monday, November 2. Colleagues in the police department said that it was heart failure. 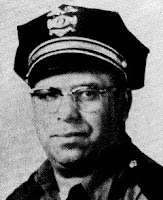 Zamora zoomed into national prominence when he reported seeing an egg-shaped craft with two small creatures near it outside of Socorro, New Mexico. The Air Force, then charged with the investigation of UFO sightings sent Northwestern astronomer and their scientific consultant, Dr. J. Allen Hynek, to Socorro to investigate. No matter what Zamora saw, it seemed that the investigators, that also included the FBI and Zamora’s fellow police officers, believed he was describing what he had seen and was not a participant in a hoax.
I never met him, but a good friend, Robert Charles Cornett, who had an interest in UFOs and in astronomy had been in the Socorro area a couple of decades ago to visit the Very Large Array Radio Telescope. On a whim, he called Zamora and was invited to a backyard barbeque, providing that Cornett asked nothing about the UFO sightings. Zamora was tired of talking about it.
Cornett told me that Zamora was a nice man. Friendly to those from outside New Mexico. But he didn’t want to talk about flying saucers.
Those who knew him much better have said that he was a good man and a good police officer. Had it not been for his brush with the unknown, he would have passed a quiet life in New Mexico and might have been happier for it.
Lonnie Zamora 1933 – 2009.
Posted by KRandle at 10:50 AM

I think Zamora gave an honest and highly accurate account of what he saw in 1964. I think the Socorro case is an excellent incident to point to in regards to the honesty of UFO witnesses.

A very respectful and pleasant article. Thanks for writing it.

I agree Frank. As the post indicates, Zamora wasn't the type to seek fame, publicity and $ from his story.

The new rumor that this was a staged hoax on the part of some college students requires me to accept something even more unbelievable than Mr Zamora's story. Time has shown he was, if anything, publicity averse. A solid case.