Coast to Coast AM - Editorial Comment and Recent Sightings

First, I want to make a couple of editorial comments. In the last week or so, there have been stories of a door spotted in a photograph taken by the Curiosity Rover on Mars. NASA, and most of whom have commented on it, say that it is a small crevice and a natural formation.

Second, a growing number of my colleagues and others are already tired of the term UAP. This new designation seems to be a way of separating the long UFO history from the more recent sightings beginning with those from the USS Nimitz. We need to reject this attempt to eliminate the past and realize that there is much that can be applied to the new study regardless of the desire to ignore it. We have already seen an example of this when those in front of the congressional committee in May had no real knowledge of the Malmstrom AFB sightings of 1967 that were a matter of national security importance.

Of course, sightings outside the military and the interest in the new investigation continue. Rich Reynolds linked to an interesting video that was made on the afternoon of April 25, 2014. The witness said that he used a 300 mm lens when he captured the image.

There has been some analysis suggesting that the video is real. One analyst said that the cloud behind the airplane seemed to be dispersing but the airplane did not show any manipulation. If nothing else, it is an interesting video with a fairly good view of a disk-shaped object.

More recently, on May 12 of this year, the witnesses in Wilsonville, Oregon, spotted a contrail made up of four parallel lines, which in and of itself is interesting. The witnesses said that they hadn’t seen or heard any aircraft. 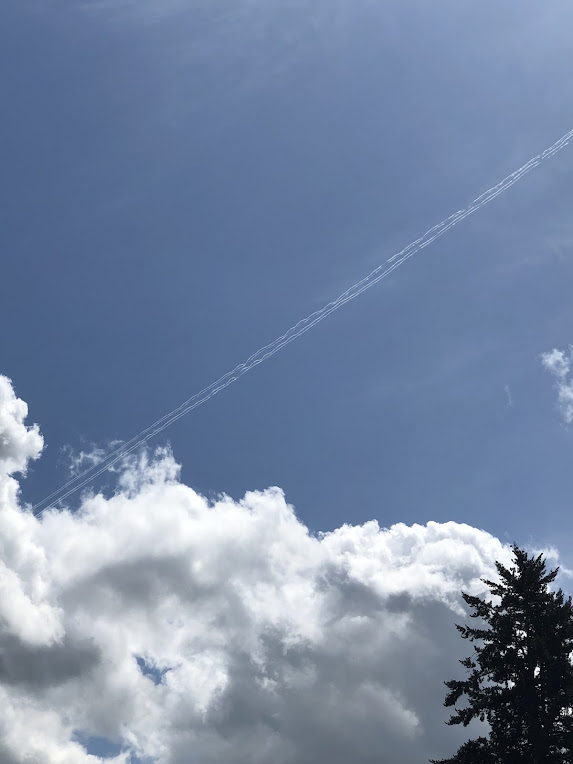 Moving toward the front of the contrails, the photographer said that he saw the object. It is somewhat circular with a bright top surface and an underside that is in shadow. 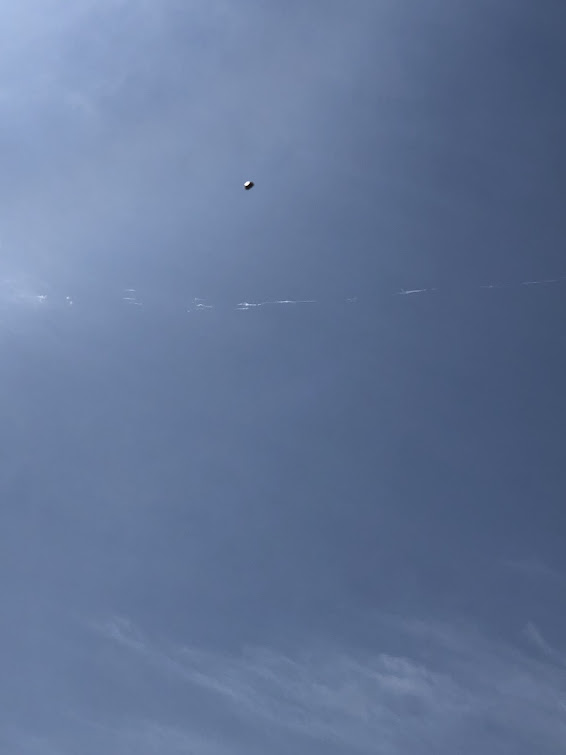 From Windham, Maine, the witnesses were outside also on May 12 of this year. They were watching the rising of the planets, which suggests some familiarity with what is in the sky. They spotted a line of UFOs that appeared to be about the size of Venus, perfectly aligned, traveling to the northeast about 45 degrees above the horizon. At first, it looked like about twenty planets traveling together and I thought it sounded like the starlink satellites. The witnesses, however, said they were moving slower than satellites, there were too many objects in the line and they were in sight for about five minutes which seems to rule out the starlink satellites.

Finally, I mention this merely because it links back to the Green Fireballs of the late 1940s. The witnesses were heading home near Patrick Springs, Virginia, when the driver spotted a bright green fireball on May 11, 2022. All three in the truck saw the object, which was in sight for about 30 seconds. It disappeared as it flew beyond the nearby mountains. The fireball was described as very large, it left no trail, had no tail and it fell very fast

Interesting object photographed at Wilsonville, Oregon, it's a very unusual image. The specular reflection on the top could be from a shiny metal surface or maybe a canopy.

Speaking of Rich Reynolds, what happened to his UFO Conjectures web site? It appears to have vanished.

jlmet: I can't recall the circumstances, but the URL was changed several (longer?) months ago. Try https://ufoconjectures.blogspot.com/

I came back to it after quite a long time away and found the original link didn't work. I think I found the new one by an online search.

The site can be found, as some places noted: ufoconjectures.blogspot.com

Thanks, the link I had been using stopped. I see there is now mention of the current link on the site I had been accessing.