I mention this because Jason Suraci, a man living just a few miles from the base photographed a tic tac on September 18, of this year. Of this sighting, he said that they were not balloons and not birds. He said that the video shows an F-16 flying close to the UFO.

The worrisome point of this is that he said that he had been watching and videoing UFOs for the last six months or so. Multiple sightings by a witness are suggestive of an over active imagination. In this case, there is video to accompany the sightings. You can see the video here:

I also wondered if there were many sightings of what we now call tic tacs. A man in Fresno, California, Vince Mandara, said that he was heading for a gas station when he spotted something in the air. He said, “I got my phone out and I see it and it’s just kind of dancing around… So, I’m filming it and then all of the sudden, it’s just gone… It just kind of blurs out.”

According to Mandara, there wasn’t a cloud in the sky. There wasn’t anything else around and he said that its rapid movement is what caught his attention.

The object has a tic tac shape to it. Not quite what I think of as cigar shape, which is, of course, what we used to call these sightings.

The local TV station contacted the 144th Fighter Wing in Fresno, asking if they had any reports. The spokesman for the Wing said that they were involved in training exercises at the time of the sighting and that they had no reports of UFOs or anything violating their air space. You can access the photos here:

A woman in Hinckley, in southwest England, Lucy Jane Castle, spotted and filmed a tic tac overhead. She said, “It was hovering for a while and within a blink of an eye it had gone.” She added that she had “never seen anything like this before in that shape. I quickly took a picture while it was very still.” You can find one of the pictures here:

Or, just type the name, Lucy Jane Castle into your search engine and you’ll find pictures of her as well as the UFO.

All this reminded me of a picture taken by an Army private on April 21, 1960, at Guantanamo Bay, Cuba. Project Blue Book has a file on the case and Colonel Philip G. Evans said that it looked as if the picture was taken through a window and the cigar-shaped object was probably a reflection in the glass. I’m not convinced.

The photographer, whose name was redacted from the file, but I know it was PVT E-2 Mallow (E-2 is the second lowest rank in the Army), provided little information. There was no official form filled out and the only other information is that it was a 35 mm color slide. The photographer didn’t see the object until the film was developed. 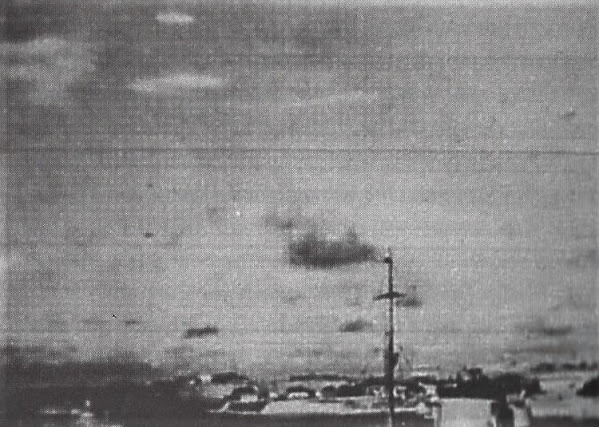 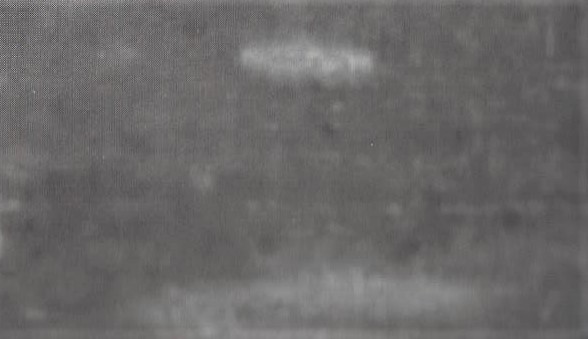 The picture is interesting because the object is tic tac shaped, bright white and has plenty of foreground detail. The Blue Book file adds little to the case, other than it was taken between 10:00 a.m. and noon by Mallow. I’ll have the photograph posted to my blog.

This, of course, demonstrates that these sorts of objects have been reported for a long time. We just named them something else then.