Several weeks ago, I learned about a man, Blair MacKensie Blake, who had found an original copy of the Varo Manufacturing reproduction of Morris K. Jessup’s The Case for the UFO that had been filled with bizarre annotations. This book, and several letters that were written about it, created a subset of UFO study known as the Allende Letters. It suggested, in part, that the Navy had successfully teleported a ship during World War II and that those who had annotated Jessup’s book an a unique and insider knowledge of the UFO. You can listen to that interview here:

And for those of a more visual mindset, you can watch the interview here:

Now, I suspect that those of you who are not fully cognizant with the tale of the Allende Letters, might find some of this to be confusing. I have written about the topic in the past. You can read those postings here:

And for those who enjoy chasing footnotes and are interested in another reason not to believe the Allende Letters are anything other than a hoax, you can read another theory here:

And there is even more commentary that you can read here:

With all that background, it will be easier to understand the discussion about the Allende Letters and how the Varo edition of the book came to be. Allende, who was born Carl Allen, had bought a copy (and yes, I am assuming that he bought the copy) of Jessup’s book and then filled it with annotations about his beliefs and theories as they might have been postulated by three men rather than one. Because of the nature of the book and because of those notations, and because of the letters, all of which ended up in the hands of several Naval officers, the nature and tone of the book changed. Blair suggested that this made the book better because of the hint of authenticity buried in those annotations. I found that to be an interesting remark.

Anyway, we learn of Blair’s quest to find the rarest UFO book, which is an original copy of the Varo edition. I, of course, have a xerox copy of the book and I know the provenance of it. Sidney Sherby, who was one of the Naval officers responsible for it, loaned me a copy of the Varo edition if I had a way to, well, copy it. I did and I did. This is a mock up of one of the pages from the book so that you can see what was done.

During our discussion, there is some mention of the Philadelphia Experiment, mentioned in the letters, and the disappearance of the Star Dust, a BOAC passenger plane that vanished on a routine flight. Rather than go into the details here, which are interesting, you can read about that here:

Anyway, it turns out that Blair hadn’t conducted an in-depth investigation of the Allende Letters case, but he was able to provide some interesting insights to aspects of it. His real purpose was to find the book, which took about 35 years. He had found other copies, and I even had an edition that had been produced by the French years ago, thought the notations were in blue rather than the red of the Varo edition or the colored inks used by Allende. You can see a sample of that here, courtesy of Blair:

And yes, I did write a magazine article about all this that Allende found and annotated. A sample follows here: 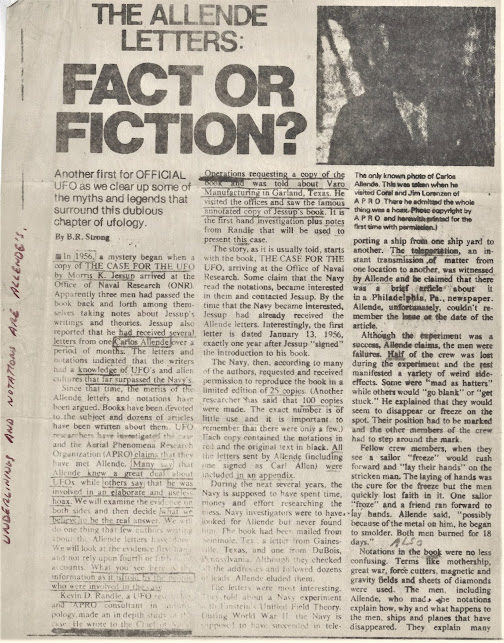 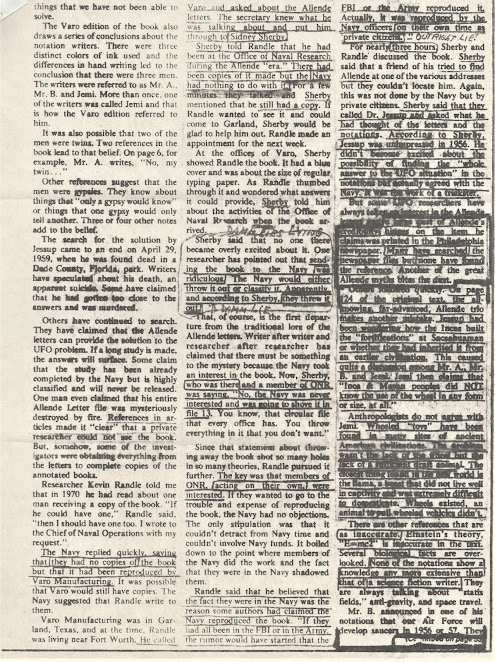 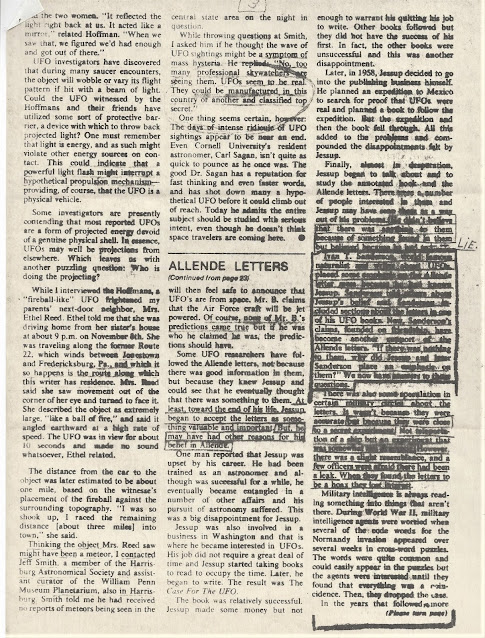 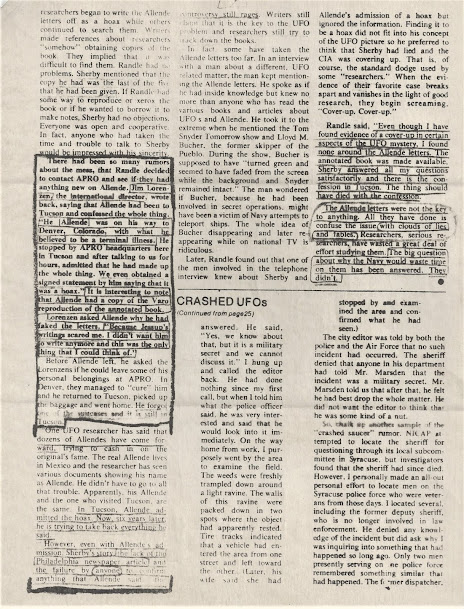 For those interested, I believe that provide an interesting perspective on this narrow aspect of the UFO world.

His articles in Darklore were always pretty good. If i recall he spent time out by Area 51 in the 90s. I think that story about the camo dudes with night vision goggles comes from his camping trip. Id have to go look at the article he wrote about all that in Darklore again tho. Wait, here is an excerpt from Darklore 7. https://www.dailygrail.com/2019/07/dirt-roads-to-dreamland-51-trips-to-area-51/