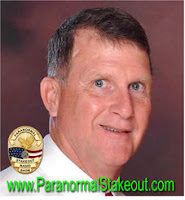 (And as I always say, you can find the shows on YouTube by typing in A Different Perspective. Add the guest’s name and it will take you directly to the correct show. For the Paranormal Stakeout, do the same thing and you’ll be able to listen to both parts of the shows.)

On Paranormal Stakeout, I had an opportunity to talk about a book, Conversations, I had done a number of years ago that began as an abduction and became a past live regression. I always thought it was an interesting story with a young woman and her horrific dreams that seemed quite real to her. To my surprise, as we explored this using hypnotic regression we learned the details of her past lives and I was able to confirm much of what she was saying in those pre-Internet days. Though I mentioned it on Paranormal Stakeout, the book, of course, goes into more detail.

Those of you who wish more information about Larry Lawson and Paranormal Stakeout, take a look at xzbn.net and just follow the links. You can also visit his website at www.paranormalstakeout.com.


Topic: The Oak Island treasure and what her research has uncovered.
Posted by KRandle at 10:39 AM

Two great interviews in one. I do like how in the end we really don't have the answers.

While this was an interesting set of discussions, I'll take issue with two statements heard in both
programs.

Despite the claim there is no obvious relationship (per se) with UFOs and Ghosts, facts overlooked confirm there are at least SOME. For example:

- EMF changes are experienced in both types of sightings, and measured frequently in ghost encounters. This includes electrical fluctuation, engine failure, etc.

- Both phenomena have presented themselves in physical and semi-transparent forms, including only partial visibility.

- Both can leave trace residue and physical marks after disappearing.

- Both have been observed "blinking out" in a moments notice.

- Both have been observed passing through physical objects.

On reincarnation (past lives), the claim that the Bible was purposely "edited" to remove any reference to reincarnation is false. This idea was made popular by Shirley MacLaine (an ET believer) when she incorrectly claimed quote, "The theory of reincarnation is recorded in the Bible. But the proper interpretations were struck from it during an ecumenical council meeting of the Catholic Church in Constantinople sometime around A.D. 553, called the Council of Nicaea [sic]" (Out on a Limb, 234–35).

Historical facts provide no basis for this claim. In fact, there was no Council of Nicaea in A.D. 553. Further, the two ecumenical councils of Nicaea (A.D. 325 and A.D. 787) took place in the city of Nicaea (hence their names)—and neither dealt with reincarnation. What did take place in A.D. 553 was the Second Ecumenical Council of Constantinople. But records from this Council show that it, too, did not address the subject of reincarnation. None of the early councils did and Biblical writings, from the very beginning, extol one soul and one life for each person.

The origin of Shirley MacLaine’s mistaken notion that early church leader Origen taught reincarnation is probably "Reincarnation in Christianity", by Geddes MacGregor—a book published by the Theosophical Publishing House in 1978. The author speculates that Origen’s texts supported the belief in reincarnation but somehow disappeared or were suppressed by other church fathers, while he admits he has no evidence of it. Origen, in fact, disputed reincarnation as a pagan concept.