The plan had been to speak with Chris O’Brien about cattle mutilations, but in this world of technical miracles, we had trouble with the initial connection. Not to spill too many of our internal secrets, I hoped we could make the connection but we had 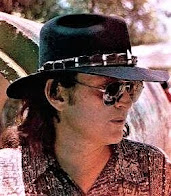 to start the show. What this means, simply, is that the first segment was what I now suggest is an intense monologue as opposed to a rant.

Chris joined during the break and after I attempted to wrap up the information I had suggested would start that segment, we brought Chris on to give the other side of the cattle mutilation controversy. You can, of course, listen to the show here:

And for those with stronger stomach, or who might be interested in what part of my office looks like, not to mention seeing Chris, you can watch here:

We did talk about the “history” of the mutilations, including the story from the seventeenth century about a huge sheep kill in which the animals were left partially butchered where the fell. Butchered might not be the right word because most of the animal and the fleece were left behind. It is an interesting story, only for the historical aspect of the notes and you can read more about it here:

To Chris’ delight, I brought up the 1897 “calf-napping” reported by Alexander Hamilton (no, not that Alexander Hamilton who had died long before this… and not the one killed in Custer’s assault on Black Kettle’s peaceful village of Cheyenne at the Washita in 1868). He provides a counter to the explanation of hoax that was first suggested by Jerry Clark. I have written about this myself. You can read more about this here:

Chris had thought we should talk about the mysterious helicopters seen around the country. There seemed to be a correlation between mutilations and these helicopter sightings, though I’m not convinced of that. Tom Adams had contacted the public affairs office at Fort Carson, Colorado, to ask about their helicopter operations, which seemed to rule them out as being involved in the mutilations at all.

However, I was a member of the Iowa National Guard as a helicopter pilot in that time frame and suggested that it might have been important to check with the National Guard aviation units as well. The restrictions placed on us were a bit looser, and I mentioned that I had traveled to Fort Leonard Wood in Missouri at the time as a cross country training mission and to make a run on the PX there. In other words, military aircraft had not been ruled out completely, only those at a single installation.

I had wanted to talk about one of the obviously terrestrial mutilations that had been recorded. I mentioned it in my longer posting on here. The relevant paragraph is:

The Washington County Sheriff Herb Marshall, in 1979 kept a recently dead cow under observations for two full days. Over that time, bacteria caused the skin to tear in a manner consistent with the cuts described by ranchers and farmers. Expanding gas split the stomach to expose the internal organs. Blowflies laid eggs in the soft tissues of the eyes, lips and anuses. The maggots, hatched in as little as ten hours, then would eat the soft tissues to the bone. For Sheriff Marshall, that ended the controversy and explained the mutilations.

After the show, I did email Chris and ask about his response to this observation by sheriff’s deputies. He wrote back:

This procedure has been done a number of times and is a perfect illustration of what happens to a head of livestock that dies and then nature takes its course. I've seen this process unfold many times. However, I've had cases that do not conform to this sequence of events. I had one case where hundreds of flies that landed on the carcass died and there was no maggot bloom. I've had a number of cases where scavengers would not get w/in 50 feet of the carcass and no birds would land on them. I had a case that inexplicably had 300 to 600 percent increased levels of magnetite around the body which went untouched by predators. The amount of magnetite went to control levels 50 feet out from the carcass. As I mentioned on the show, only 20% or so of my cases IMO appeared to have been perpetrated w/ intelligence and a sharp implement. 40 out of around 200. I had two cases that had evidence of high-heat used as the cutting agent. This is a tricky subject that has been used by some individuals to promote their notoriety and careers w/ an alien agenda...

Our discussion seemed to circle the same place when I asked about the report written by Ken Rommel, a former FBI agent hired to investigate cattle mutilations in New Mexico. That document seemed to line up with where my investigations had taken me, but for Chris, he thought it was more like the Condon Committee report in which the conclusions were written before the investigation began.

Given the abbreviated nature of the show, we didn’t get to some of the items I wanted to talk about it and which I had mentioned in the past. The one thing that came out of the show that was interesting is that our opinion about the source of the mutilations matched to a degree.

Next week, I’ll be talking with William Puckett of the Northwest UFOs website about the trends he sees in this changing world of UFO investigation. This moves us from the subset of cattle mutilations back into mainstream Ufology (or will it now become Uapology… that doesn’t seem to role off the tongue, though I’ll take credit for inventing the word).

Thanks, always good to hear Chris.