Coast to Coast: UAPs and a Couple of Current Reports

First, I’d like to provide a little more insight into the government’s and by that, I mean the DNI’s that is the Director of National Intelligence, UAP high school level report. It was a superficial job and I have heard some defending it saying that there were only two people assigned to it on a parttime basis. I believe Congress required the report and I’d think that the DNI would have been able to provide more support for the investigation if he had wanted to do so. True, we haven’t seen the alleged classified version, but there is no real hint that they did anything other than look at the Navy’s and Air Force’s reports of 144 incidents. I’ll say again that I would have thought that a review of what has gone before, if only looking at the Project Blue Book files and the Condon Committee report would have provided some necessary insight. That is almost always the first step at the beginning of an academic research project.

Had this been left to me, I believe a review of the Blue Book index would have provided a few clues. Yes, the index contains only the bare bones of the reports, but then, it does provide information that would narrow the search. You could sort, manually, for physical evidence, radar, photographic or just look for those labeled as unidentified.

There are some very interesting cases listed as unidentified, such as the landing in Socorro witnessed by Lonnie Zamora, that would have provided a case with multiple chains of evidence that included landing impressions and burn marks. There are hints of additional witnesses who called the police before Zamora made his discovery.

But of even more importance, at least to those of us paying attention, is the way the Air Force investigated the sighting, proving that they were not overly interested in gathering evidence as opposed to suppressing it. I made that obvious in Encounter in the Desert, which is an in depth examination of the Socorro landing.

Even ignoring those sources of information because the cases are so old, there are many newer cases that provide some interesting insights.

On May 27, 2021, a man in White Hall, Illinois, said that he had looked out a window late at night and watched several lights move across the sky. He then saw a bright orange object with six or seven lights to the northeast. As he watched, the UFO suddenly shot up into the sky. He thought, originally, that it was cigar-shaped, but it looked more saucer shaped as it climbed out. He heard no sound.

Not really an impressive case with just a single witness. However, the next day he drove out into the field where the UFO had landed. There he found a circle in the wheat looking as if it had been pushed over without breaking the stems rather than crushed. Yes, there are photographs and so that everyone can see what the landing traces looked like. You can find the photographs here:

And I thank William Puckett at his UFOSNW website for that information.

Please note that this took place on May 27, which means that it happened while the DNI was investigating UFOs. I suppose the answer will be that the DNI was interested in those sightings made by military personnel and had some photographic and sensor evidence of the UFO. And I suppose they will complain that the landing took place a little less than a month before the report was due. Of course, I don’t know how many times I’ve had to revise a book or posting because I suddenly had new information. That kind of goes with the territory. That case was not just a single witness, but there were also those landing traces. 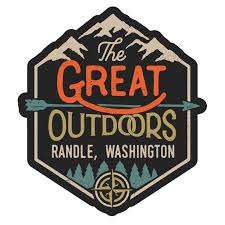 On May 15 of this year, three people watched several bright balls of light heading northeast and then saw a large disk on the horizon. Through binoculars, the witness saw the disk had a row of windows on the side and that it didn’t appear to be rotating. There were multiple witnesses who used an optic device, that is, the binoculars, to study the object. The sighting lasted about four minutes and I mention this only because it happened in Randle, Washington, and they spelled Randle correctly.

Again, neither are spectacular, but they do provide a bit of favor as to what is going on today. Not as important as what the military is sighting, but important information might have been recovered had they bothered to take a look.

Kevin, perhaps you should send a copy of one of more of your books to the Senate Intelligence Committee to give them the historical information you so strongly believe they should have. You could also mention those new sightings. You never know, they may be extremely grateful for the information. Maybe registered UFO lobbyist Steve Bassett could assist in this.

Well, I can believe the report was done by two people on a part time basis. When Congress demands these special reports there is no reduction in workload in other areas. People are not relieved of some of their other responsibilities in order to do the extra work. During the height of the Vietnam War Congress typically required DoD to proved about 50 special reports - over and above the usual required extensive reporting to Congress. While I was at the Pentagon, 1988 to 1993, Congress required the DoD to provide about 500 special reports each fiscal year. Yet another report is no big whoop.

I had some kind of special report to provide almost every year I was there. One year they instructed us to provide a plan to upgrade a certain university's facilities. My response was a short letter, "We have no plan because we have no requirements to do so." Of course their not-at-all-subtle message was, "The ranking Republican on the Appropriations Committee wants his favorite school to receive $30M worth of new facilities from the USAF. And he does not want to labeled as Pork." I refused to play their game, which we later found out was illegal, anyway.

So, I do not know what was the real intent of requiring the report but it represents an approach that is doomed to fail. It probably would have been best for Congress to request an official position from the DoD on whether the recent sightings by military pilots constituted (1) A clear and present danger to National Security, (2) A hazard to military operations, (3) Evidence of areas of technology that should be exploited for National Defense Purposes, (4) A matter of scientific interest on a continuing basis.

That would have formed a basis for actual action by the various Appropriations and Authorization Committees in the Congress rather than just yet another Cable TV Special.

I am not focused on making money. I have gathered a large database of “truth”, that clearly reveals the Army General Staff, if no one else, took the Flying Disc reports of late 1947 and the early fifties, very seriously!

But...we are now at a crossroads, historically speaking. If pressed one would have to admit that the Navy has been trying to get this information out to the “public” for a long time. The last reference, in the project: Blue Book files, was a Navy Commander, who was, I think, in charge of the Armed Forces radio network, and he was quoted with fuming exhortations against the Air Force, and their (so-called) UFO investigations.

Many times, we can see that the Navy was trying to intervein, to press the Air Force. Each time it has failed. Well, apparently…not this time!!!

So, 144 cases or 7 cases, they said what needed to be said. There is, definitely, more to come, I am certain. It boils down to us trusting that the Navy knows, and it cares. They have “cared” for a long time. And its about time!

Kevin,
You wrote: "Through binoculars, the witness saw the disk had a row of windows on the side and that it didn’t appear to be rotating." This is important information. Yes the craft are not spinning; they're like being at the "eye of the hurricane. The force that propels the craft, surrounds the craft. That spin is controlled by the craft.
Ed

I think Louis Nicholson’s suggestion that you provide copies of your books to the members of the Senate Intelligence Committee is a terrific idea. The late, great Major Donald E. Keyhoe employed this same tactic, when he sent copies of NICAP’s extensive unidentified flying object report, “The UFO Evidence,” to all members of the US Congress in 1964.

Section 13 of “The UFO Evidence,” on Congress and the UFOs, reads like a who’s who of American politics with comments from such renowned members of the US Senate as Barry Goldwater, Stuart Symington, Thomas Dodd, Estes Kefauver, Harrison Williams, Jacob Javits, Kenneth Keating, William Proxmire and Birch Bayh.

The report itself, which was written by the late Richard H. Hall, provides a cross-section of ufo reports, a history and analysis of the US Air Force’s investigation of ufos, reports of ufo sightings by members of the US Army, Navy and Marine Corps, reports of ufo sightings by scientists and engineers, and special evidence cases, involving electro-magnetic effects, radar cases, photographic cases (including the still unresolved Tremonton, Utah film of 1952 for Martin Willis’ review), physical and physiological effects, sound, and the so-called Angel’s Hair ufo incidents (remember those?).

“The UFO Evidence” provides a brief list of alleged ufo occupant sightings, including the June 27,1959 New Guinea sighting by the late Father Gill, the July 13,1959 New Zealand sighting by Mrs. Frederick Moreland and the famous September 20, 1961 New Hampshire, US sighting by the late Mr. and Mrs. Barney Hill (although there is no mention of the Hills’ subsequent alleged abduction). I understand that Mr. Hall’s “The UFO Evidence, Volume Two,” which was published many years later, contains an extensive section on alleged ufo landings, ufo landings with occupants and physical trace cases.

Heck, if the members of the US Senate Intelligence Committee want to read this superb report, I’ll even lend them my dog-eared, 57-year-old copy of “The UFO Evidence” if it will do any good.

Thanks for reminding me of this incident.
Absolutely fascinating case that seems to be rarely discussed.