It has come up, in one of the comments on this blog, that someone wondered when the Pratt interview took place. I thought this was the best way to respond. The best answer I can find is December 8, 1979 and the information was published in the National Enquirer on February 26, 1980. The transcript of that interview is rather confusing. Karl Pflock, in his book, Roswell: Inconvenient Facts and the Will to 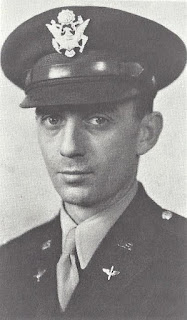 Believe, cleaned it up but there are areas for interpretation. In one place, the insertion of a comma changes the meaning. In the Pratt interview, there is no comma, so Pflock has put his best interpretation on it.

For those who wish to see the transcript of the Pratt interview, I have published it on this blog. You can see and read it here:

For additional information, you can take a look at Roswell in the 21st Century, or you can type Jesse Marcel or Bob Pratt into the search engine. The topic of the interview and some of the discrepancies between what is in that interview and the facts as they have been developed can be seen by looking at some of those earlier articles.

To get a good chronology of the Marcel appearances in the world of the UFO, the best source is Curt Collins. You can read his posting here:

There is more about Marcel that is important. Much of what was written by the debunkers is not as precise as it could be, and I fear some of them have no real knowledge of the way the military operates. On the other hand, some of what Marcel claimed in various interviews can only be described as inaccurate… some the result of confabulation and some just old fashioned “war stories.” In other words, there was some embellishment. It really all comes down to what you want to believe.

Thanks Kevin. That clears up a lot of things on the timeline I was curious about. (That also matches the info in one of Stanton Friedman's books.) I am still not clear what (if anything) appeared in 1978 in the National Enquirer. I've read that the Enquirer reprinted the the (original) Roswell Daily Record (from 7/8/47) on the incident at some point in 1978.....but I have never been able to ascertain exactly when (or if that is true). I was able to find a jpg file of every National Enquirer cover for that year (and beyond)....but this is not mentioned on any cover. Of course, the 2/26/80 interview with Marcel is not noted on the cover of that issue either.

Anyone that can clear this up....I'd be glad to hear from you.