Terry Lovelace was the guest this week. He appeared in the UFO community after the publication of his book, Incident at Devil’s Den, which told the story of his 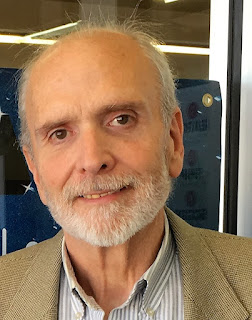 abduction and subsequent interrogation by the Air Force Office of Special Investigation. He described, briefly, the incident in this latest interview. I had spoken with him months earlier to learn more about the experience. You can listen to that original interview here for additional information:

Before we started, however, I did mention pictures that have been circulating on the Internet, which are supposed to be the remains of the Roswell UFO. They are, in fact, the remains of an A-12 spy plane that crashed in Utah in 1963. You can read my original posting about that here:

From that point, we did talk about Terry’s experiences and his observations. The important point was the involvement of the AFOSI. That had led me to write, UFOs and the Deep State, in which I do mention Terry’s experiences. I also noted that his involvement with the AFOSI mirrored the experiences of those who had been in Rendlesham Forest including John Burroughs and Jim Penniston. Charles Halt suggested that he had not been interrogated by the AFOSI but knew that many of the airmen involved had been. All of this suggested corroboration for Terry’s story. You can listen to the new interview here:

We did also talk about his experiences with past life regressions. He had done six of them were some interesting results and did mention the story of a small boy who was apparently a reincarnated Corsair pilot from the Second World War. Although I hesitate to mention it because this becoming a commercial for my books, I had dealt with an alien abduction case that evolved into a past life regression some decades earlier. That book Conversations is an interesting story and can be found on Amazon.

He had mentioned to me, prior to the interview, that he had become interested in exploring those past lives after he was trained in the techniques of hypnotic regression. He hadn’t interviewed many persons about this. I think he said six, but he had some success with it. I mentioned the Bridey Murphy case, which was a quite controversial episode from the 1950s. There is plenty of information about this on the Internet, but if you chose to explore it, be aware of the bias of those making the reports.

In the next couple of weeks, I’ll be talking with John Greenewald about his latest findings from his FOIA requests and his opinions on what is happening in the world of the UFO. The following week, I’ll interview David Marler about triangular UFOs and the project to scan many UFO related documents held by UFO researchers. As always, if you have questions for either of these men, append them to the comments section… and remember, these are not necessarily published.

I don't mean to be disrespectful, for me Terry's accounts are difficult to believe. Kevin , you usually ask deep follow up questions about such claims which we did not see in this episode. (I am Dushan from Australia, an avid reader of your books and regular listener to your XZBN podcast).

Kevin...I've been busy of late and spent the morning catching up with your blog, so apologies for commenting on an earlier blog, here.

One example of "repeatability" might be The Cash-Landrum Incident and Rendlesham Incident.
These two high profile cases happened at almost the same time, albeit, thousands of miles apart.
The 3rd day at Rendlesham being early hours of 28th Dec 1980 and Cash-Laudrum at 21:00 29th Dec 1980.


nb...One thing that has always bothered me about the initial report that Halt submitted was
that he got the date "wrong" (Jenny Randals always said the timeline was a big hinderance to the earliest investigations of this case)...YEP, Halt originally had it as the 29th Dec, the very same date as the Cash-Laudrum incident. Did a quick check and it seems Dayton time would have been -7 hours GMT (-7 Zulu)